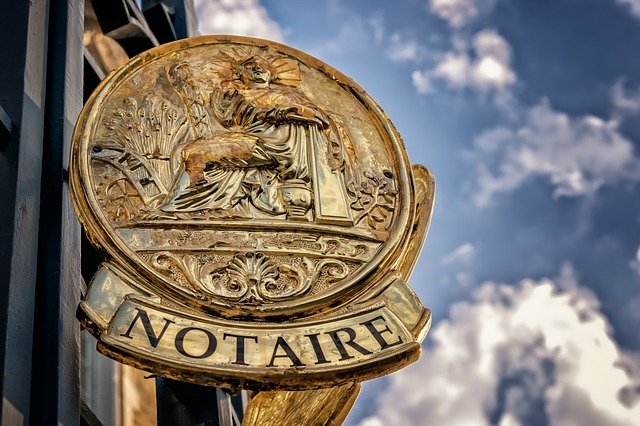 Certification of copies of documents

Certification of signature / Power of attorney

A notarial will has many advantages over a “regular,” non-notarial Will. The main one is that a notarial will is much more difficult to challenge. From the perspective of the law, a notarial will reflects the desire and wishes of the testator more efficiently and is seen as drawn up out of his own free will without outside influences, and it won’t be easy to prove the opposite.

Certification of the fact that a person is alive

In many situations, it is required to confirm that a certain person is among the living. For example, such a certificate is required to prove eligibility to receive a pension paid in another country. The notary public has the necessary legal powers to certify that a person is alive and issue the corresponding document. Certification of the fact that an individual is alive is made both when the natural person appears before the notary public and also outside the premises (that are the workplace of the notary public) (at the client’s home, in a nursing home, in a hospital, etc.).

Certification of marriage contracts before marriage

Drawing up a marriage contract (prenuptial agreement) before marriage is the simplest and most civilized form of determining material relations between spouses, both before marriage and during the marriage, and even in case of divorce. In a marriage contract, the parties can stipulate any provisions related to the material side of family life and thus solve in advance any contradictions that may arise in the future. To obtain legal force, a prenuptial agreement must be certified by a notary public or a court of law (before marriage), and after marriage, or in case of divorce, only the court has the power to do so.

When Israeli documents (translated or original) are submitted to foreign institutions, they must be “legalized,” that is, they must be given legal status outside Israel.

The legalization process of a document certified by a notary public depends on the country in which this document will be used. If we refer to a country that has signed the 1961 Hague Convention (there are more than 100 such countries, the list of countries can be found in English HERE), it is enough to affix the “APOSTILLE” stamp in the notarial department of the court.

In cases where the document will be used in a country that has not signed the Hague Convention, it is certified by another SEAL, followed by the Ministry of Foreign Affairs certification and at the diplomatic embassy of that country in Israel.

The legalization of original state documents (for example, documents issued by the Ministry of Internal Affairs, the police, etc.) is carried out only by Israel’s Ministry of Foreign Affairs. Legalization also depends on the country in which the document will be used. For countries that have signed the 1961 Hague Convention, certification by the Ministry of Foreign Affairs (with the Apostille seal) is sufficient. For other countries, a confirmation from the diplomatic embassy of that country in Israel is also required.

Legalization of court documents (protocols of proceedings, court decisions, etc.) is done as follows: first of all, the document must be certified by the personal seal of the chief clerk of the court or his deputy. After that, the document is certified by the notarial office of the Supreme Court in Jerusalem, and only after that, the Apostille is affixed by the Ministry of Foreign Affairs.
Our law firm provides its clients with services to legalize any documents in Israel within the framework of the current legislation. Please note that all information is general in its nature and does not constitute legal advice.

Notary fees are set at a uniform rate approved by the Ministry of Justice and do not depend on a particular notary. The law obliges the notary public to charge full payment for his services, and he has no right to make any discounts or exempt from payment for his services, except in exceptional cases stipulated explicitly in the law. Tariffs for notary services can be viewed here (in Hebrew). Note that a notary public that charges a client a lower or higher than specified in the uniform tariff breaks the law.

Notarial acts outside the office

An Israeli notary public has the right to act not only in the territory of Israel but also abroad (if this does not contradict local legislation) to draw up documents that will be used in Israel. So, an Israeli notary has the right to certify the signature of any person under a power of attorney, will, and any other document (except for a declaration under oath), to certify the correctness of a copy of the document, to confirm the fact that a person is alive, and to perform any other notarial actions permitted by Israeli law. Note that the notary does not take his seal with him abroad (which, by law, must be kept in the office) but affixes it upon his return to Israel, having drawn up the document accordingly.

Our notary department provides notarial services abroad. The cost of such services is relatively high, considering the cost of tickets, the cost of accommodation, and payment of the notary’s time. Still, often the substantial save of time and the possibility of obtaining services of an Israeli notary directly at the client’s place of residence in any country that maintains diplomatic relations with Israel justifies the costs.

Often there is a need to send ready-made notarial documents abroad urgently. Therefore, we decided to introduce the service of forwarding documents by DHL couriers, which will deliver your documents to almost any country in the world within 2-3 working days. The courier will hand the parcel into the hands of the addressee. The cost of such delivery varies depending on the country of destination. For example, the shipping cost to Russia is about 260 shekels.